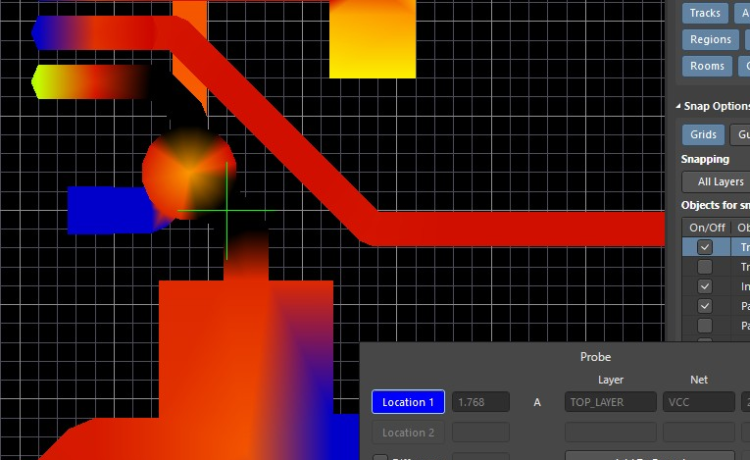 For circuits running at high speeds signal traces, and data lines come into play. Complex design issues occur where trace impedance and signal integrity are involved. The signal needs to maintain its original property while traveling through the trace medium. The signal phase, amplitude, waveform, power need to be at optimum levels while traveling through the trace medium. This factor needs addressing at the design stage.

Trace impedance is a factor in determining PCB trace width. Very true for high-frequency circuits. For low-frequency operation, neglect it. High-speed operation increases trace impedance. This impedance needs to be kept constant through all points. If it varies, the performance of the PCB is directly affected. The trace and its return path also have a capacitance build-up in high-speed operations. PCB design uses a controlled impedance method to keep impedance levels constant throughout the circuit.

PCB trace width is also affected by the spacing between the traces. Another factor is the trace connection to the pitch and size of the pads.

What Are Oscillators Used For?

Developing a New Product Your Customers Will Love