HomeBusiness What is a Hydraulic Actuator
Business 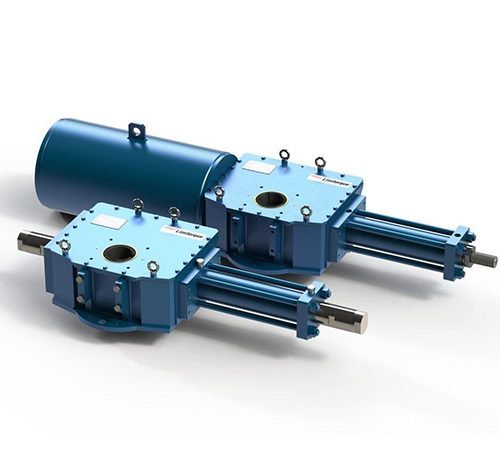 Although pneumatic actuators are typically used for valve control processes to get a fast response, it usually doesn’t work efficiently when there is a need for a large amount of motive force. The basic design is hundreds of years old and is suitable for robust applications where high pressure, low friction, high pressure and high torque are desired. In contrast to electric linear actuators, hydraulic actuators can be adapted to almost any weight and are suitable for applications with high power.

The hydraulic actuator is the best alternative that can drive a large amount of motive force. Given the low pressure of a hydraulic pump or a valve or a mechanical valve, it is possible to generate enormous operating forces in a hydraulic actuator, the lubricating effect of the hydraulic oil helps to overcome the frictional properties of piston actuations. The resultant mechanical motion may be in linear, rotary, or oscillatory motion.

As we know, liquids are extremely difficult to compress, which is why a hydraulic actuator is used to apply a great amount of force. If you are able to generate a force that is 25 times that of a compressed air cylinder, then a hydraulic valve actuator should be considered. The compressibility of the oil makes it more suitable for load control applications, as it can provide a cushion that would otherwise have to mechanically replicate.

This results in an increased force applied at the bottom of the piston, which is opposite to the force caused by spring.

Hydraulic actuator operation works on the principle alike of a pneumatic actuator. Both actuators use some force to overcome the spring force to let the valve more. The hydraulic actuators are designed to fail-open or fail-closed to offer a fail-safe feature.

Hydraulic actuators are able to hold a force or torque for as long as they need without sending an additional fluid pressure to the pump. The downside of hydraulic actuators is that they can leak fluid and this can cause them to be inefficient. This also makes it difficult to have them in a position where they have to be some distance away from you without suffering a loss of power.

How to Maximize The Efficiency of the HDD Method?

SEO is an Investment in Your Company’s Future

The Major Types Of Building Insurance