HomeFinance8 Weird and Expensive Gold Items From Around The World
Finance

8 Weird and Expensive Gold Items From Around The World 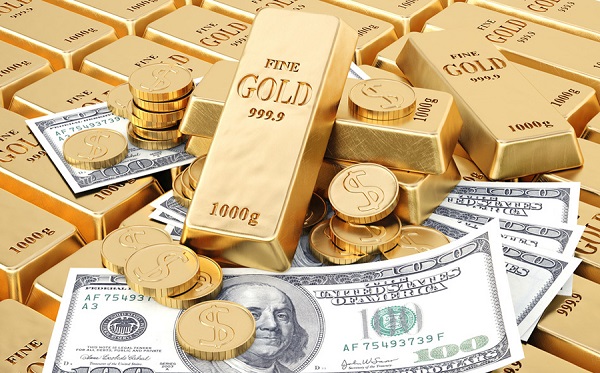 Gold is one of the most coveted materials in the world. This is not only because of its intrinsic value but also because of the special properties it has as well as for its beauty. When people think or speak of gold the things that come to mind are jewellery and coins. These are what is commonly associated with the precious metal, they are what most people think about when they when the topic of how to get cash for gold comes up. However, gold has other uses some of which are weird and uncommon and hard to sell.

Gold is valuable, special and more versatile than most people know. There are thousands of artisans who use gold to craft uncommon but amazing objects. For instance there is Stuart Hayes, a designer who has made a name for himself from crafting gold laptops, iPhones and other gadgets.

Here are some unique items that are made of gold. They could be expensive and might seem unnecessary but these are some of the things that people who absolutely love gold would appreciate. They may not be practical or even be good examples of items to consider when you need to get cash for gold but they are interesting nonetheless.

This is a customized 24-karat gold phone created by a company called Falcon, which is known as a luxury brand. What makes this phone super luxurious is the massive pink diamond at the back. At its launch, the phone was prices at $25 million but someone was prepared to pay double that amount.

This toilet has to be the most expensive toilet installed for public use. The “America” toilet is an 18-karat toilet created by artist, Maurizio Cattelan and installed in the Guggenheim museum. Its real value is unknown but it is one of the fascinating things to see along with the amazing art installations at the museum.

Golden toilets have really become all the rage for rich people; it was only a matter of time until someone though of a gold toilet paper; not gold coloured toilet paper but three-ply toilet paper infused with 22k gold flakes. This toilet paper is made by Toilet Paper Man, an Australian manufacturer and a roll of it costs about $1,38million.

Custom-made stilettos made with gold and diamonds must be a girl’s best dream. A prototype of a size 36 was put in the lobby of the Burj Al Arab hotel in Dubai but only 50 custom pairs were created.

Hermes is one of those expensive luxury brands for the rich and famous, so of course they have a special gold bag. The bag was designed to look like crocodile leather but it is made of rose gold and studded with diamonds. There were only 12 of these bags ever made and each one cost a cool $2million.

In 2012, a Japanese Jeweller named Ginza Tanaka collaborated with Walt Disney to create a Christmas tree featuring all 50 Disney characters made from 24 karat gold. The tree is valued at $4.2 million. What made the tree expensive though isn’t the amount of gold used but the design and craftsmanship.

BeefEater is the quintessential brand for barbeques and grills, Australians love their Barbecues and gold is a big deal, so what better way to commemorate these two loves than with a 24k gold plated grill. It is the world’s only functional grill made with gold. This one of a kind creation cost $155,000.

Gold has been used in food for a very long time. There are restaurants that have made a name for themselves by serving golden delicacies like the Serendipity 3 in New York which has a frozen hot chocolate containing 0.18 ounces of 24 karat gold on its dessert menu. This frozen delicacy can only be eaten with a golden spoon, of course.

Which Metal is the best for engagement ring- Diamonds, Platinum, or Gold?

How long can you hire a skip in Preston for?

How To Find The Right Media Agency For Your Business